A delegation from the Irish Kennel Club, headed by President Sean Delmar, presented An Taoiseach Enda Kenny T.D. with ‘Collins, The Canine Connection’ the first of a specially commissioned limited edition collage commemorating the involvement of Michael Collins in canine pursuits.

The Taoiseach was delighted to have the opportunity to examine items of such personal significance connected to a lesser known activity of Michael Collins, a figure central to the Decade of Centenaries, who exhibited at the first dog show held in Ireland outside the auspices of the Kennel Club, London on St. Patrick’s Day 1921.

In November, with the support of Fáilte Ireland, the Irish Kennel Club is presenting a bid to host the World Dog Show in 2021 to mark its centenary.

Our thanks to IKC member Patrick Fortune for his assistance with photography on the day. 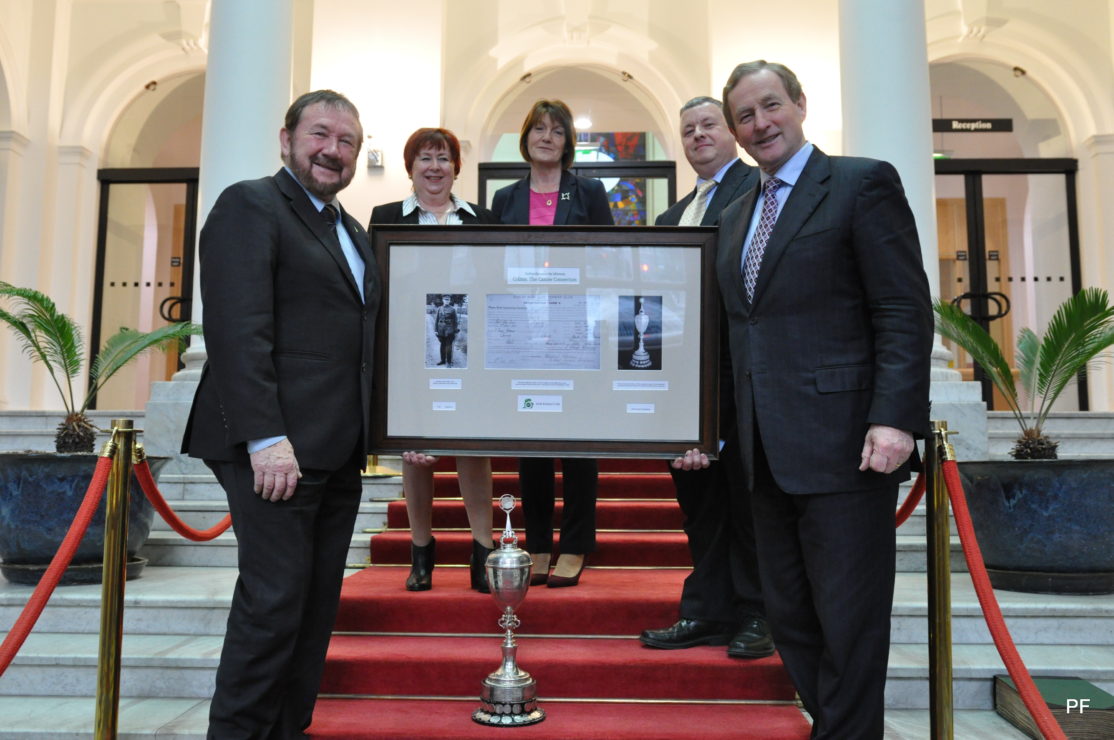 Return to the News